I just love the way Patrice writes  – straight into the story and into the mind of the main character, in this case, Becks, left at home with her big sister Silva whilst her Mum goes on honeymoon with her new husband, Justin, Silva’s dad. Despite looking forward to being on her own, the flat is eerie and quiet without the normal family noise. With no response from Silva, who is supposed to be looking after her. No answer to any of her messages and a night alone, Becks wakes up to find that Silva is still missing.

Becks’ response moves rapidly from trying to ignore the issue by going out with her friends including meeting a new girlfriend, China, to calling 101 to report her sister missing. They ask ‘Is Silva vulnerable?’ Is she?

You understand her mix of anxiety and anger. She is only 16 and  dealing with the consequences of Silva actually being missing is too scary to contemplate. Also how has this become her responsibility…

In the process of going into Silva’s room (not an action taken lightly) and clearing up the mess left by the Azog the cat,  Becks discovers a bag of receipts for random items delivered at odd times.

Determined not to ruin the honeymoon – Becks begins to piece Silva’s life together. Using the receipts as clues she begins to look for her sister in some unusual places. She also meets her ‘DNA Dad’ who has been in prison, this issue is dealt with really well, there are so many mixed emotions. We understand more about Becks as she makes the choice to get in touch with him. He becomes an unlikely ally in the search for Silva.

As she discovers what her sister has really been up to in the last few months, it is clear that you can never really know what’s going on in someone else’s life until you see things from their point of view.  With loss as the central theme, this novel explores the true meaning of friendship. There’s humour, love, laughter, great music and the possibility of second chances.

Eight pieces of Silva is a beautifully written mystery, as ever Patrice’s characters are well-rounded, believable, imperfect humans which means the story stays with you and you care what happens to them as you strap in for the ride.  I think Becks might be my favourite character, feisty, fun and trying to do the right thing which doesn’t always work out for the best.

With huge thanks to the team at Hachette Children’s Books for the NetGalley proof. We’ve ordered copies to share with our BCiS schools. 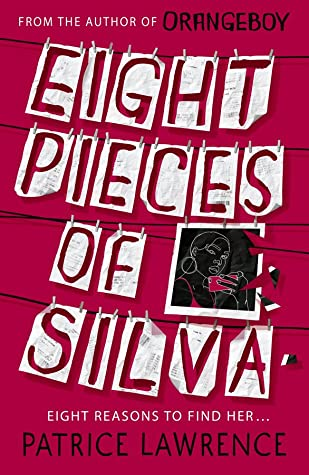 Alan Garner and Anthony McGowan – a sense of place

After The War by Tom Palmer