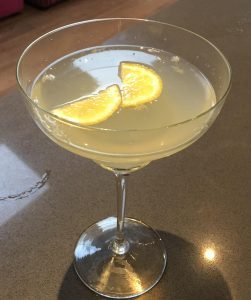 I’ve been trying to write the difficult second blog, partly due to lockdown, partly because I’m not sure what I have to add to the plethora of voices. But mainly as I’m struggling to read and can’t settle to anything for long. I think the lack of control has hit me hard, I’m so used to doing what I want when I want to and it’s made me think that I don’t belong here which reminded me, of when I first came to London…

My parents were working class but thanks to free university education they joined the middle class, lived in Hong Kong but then returned to Manchester and divorced when I was four. Which meant I had a comprehensive state education, and in the late 80s, I too benefited from free university. I left Uni, joined the world of exhibitions and publishing agencies, met a whole load of proper middle class, posh people who’d been to boarding school, with second or third homes, skiing and riding since they were born, were massively confident and drank a lot of gin and tonic and pinot.

So I shook off my Northern, Smiths, CND, Bury market, cider and blackcurrant skin and joined right in… including skiing in Meribel (I know) surrounded by indentikit Levi’s, Fatface tops ‘better a bad day on the slopes than a good day in the office’  Timberland boots wearing people but I never truly belonged.

I retrieved my integrity as I grew up and found the real people amongst the background noise including the comprehensive educated lawyer (as rare as hens teeth), reader I married him.

Fast forward 20+ years and I’m feeling just like that again.

Working from home, Zooming, Baking (excellent cakes, terrible bread), a year 11 and a year 13 kid (you couldn’t make it up) dog walks, jigsaws, drinking better wine (shoutout to Park Vintners), Fruit and veg delivery, collecting for Wimbledon Foodbank – a walking cliché but once again I’m not sure I belong here and the strangest thing is that I’m struggling to read, and being able to inhabit other worlds and characters has always been my solace.

Weirdly Jilly Cooper has saved the day, possibly a strange choice for the working class girl from Manchester but I’m re-reading Imogen, Prudence, Emily et al and it’s soothing because they are the outsiders, trying to make sense of other people with different rules, and whilst these books are of their time, the heroines are real, flawed, interesting people. You care what happens to them as they navigate unfamiliar people and places. Who doesn’t want an Imogen style makeover or Ace Mulholland to bring you medicine in bed and keep everyone else away. The main thing I’ve realised is that all the loose ends are tidied up and order is restored. I’m finding it’s what I need now, books where I know the ending, so I have some control.

Next up A Suitable Boy by Vikram Seth, ahead of a BBC  production which is due in June 2020, there’s a romantic pattern emerging.

Do try a gimlet, a perfect tonic for these strange times.

There’s a fantastic blacklisted pod all about Jilly Cooper which is why I started to re-read them in the first place.

You can use lime cordial but if you have time and currently we do – put zest and juice of two limes (make up to 100ml with water) into a pan, add 200g of castor sugar and heat gently until the sugar has dissolved, strain the mixture into a jug and leave to cool.

When ready to drink pour 50ml of syrup or lime cordial into a tall glass, add ice and gin, stir and once you think it is cold enough, strain (or  just pour the lot see picture)  into a chilled glass and garnish with a slice of lime or edible flower.

Add tonic to make a Gimlite

Alan Garner and Anthony McGowan – a sense of place

After The War by Tom Palmer